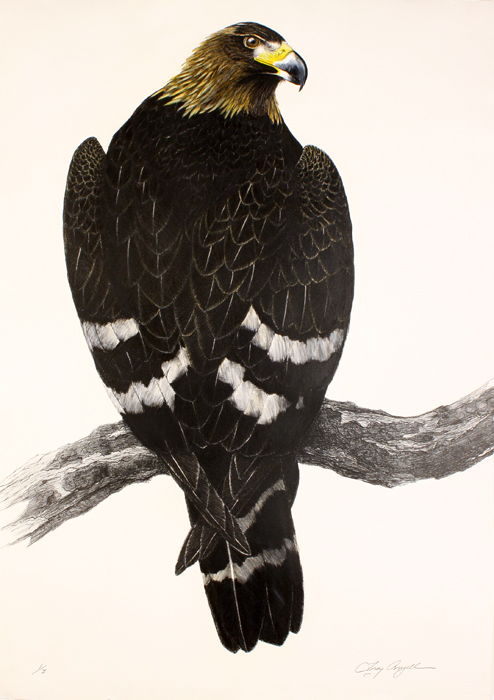 
TONY ANGELL | OF TIME AND PLACE

Avian conservator and artist Tony Angell’s approach to art making has always centered around revealing not just the anatomical attributes of his subjects, but their unique characteristics, temperaments, and even, if possible, the mood of the creatures he depicts. With this body of work, Of Place And Time, Angell takes it a step further, telling a complete story of a moment, allowing viewers to truly see beyond the creature into the a full narrative.

Best known for his stone and bronze sculptures, Angell has also created prints, drawings, and clayboard works in tandem with his three dimensional works. Of Place And Time consists completely of lithographs made over the last 35 years which Angell has revisited, hand-coloring each with pastels. “As I revisited each piece, I found myself more involved with the stories and what I could see in color. Color captures the attitude. Color invited me to do a lot more than simply interpret the form, design, and characteristics [of the birds]. The color gave me the opportunity to see the stories surrounding each subject, and the moment they were in.” 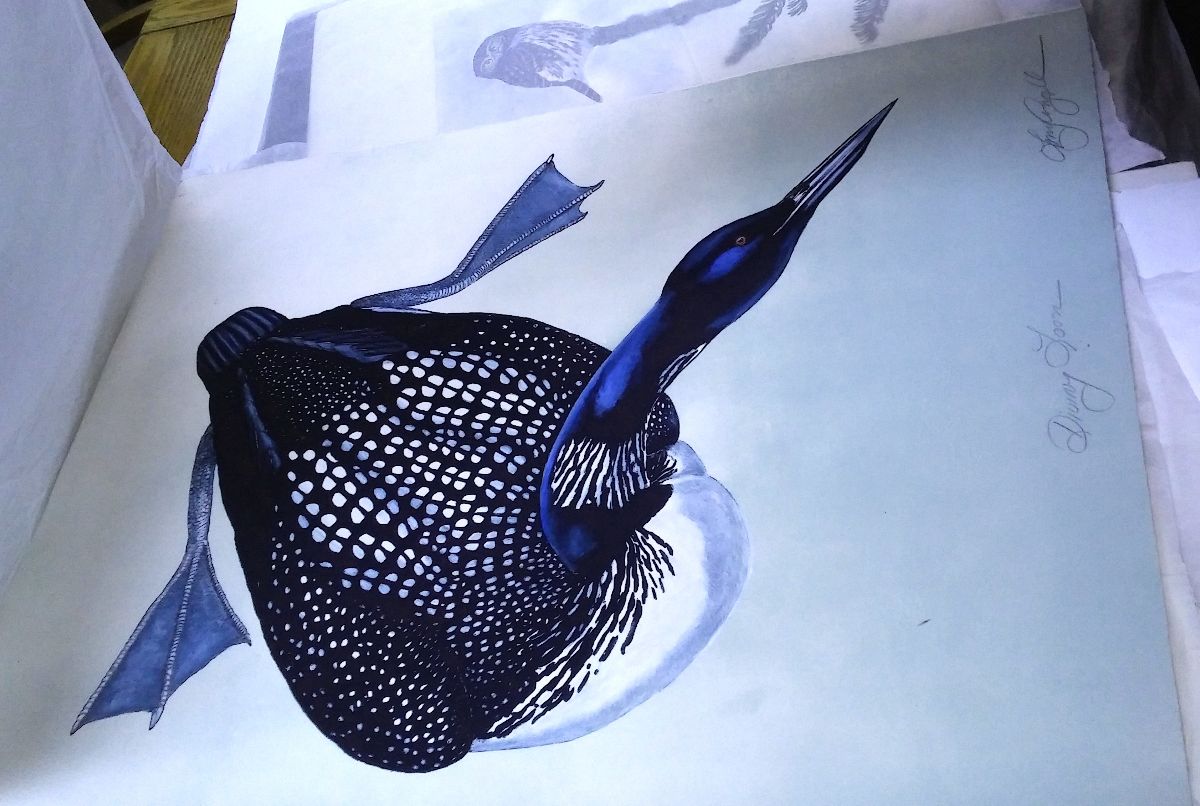 A few pieces in Angell's studio


With a pair of Caspian Terns originally done in black and white, Angell described his process as becoming more involved with the stories, the moment, and the habitat. “I could see them in a blue sky dappled with clouds, and they were flying free.”

Tony Angell holds both a BA and MA in speech communication from the University of Washington, Seattle. Among other awards, he received the V&A Illustration Award and Overall Winner from the Victoria & Albert Museum in London, for his work on In the Company of Crows and Ravens, written with John Marzluff.  Angell’s work has been featured in dozens of gallery and museum exhibitions across the United States, including the Leigh Yawkey Woodson Art Museum, Wausau, WI; Museum of Northwest Art, La Connor, WA; and the Gilcrease Museum of Art, Tulsa, OK. His work can be found in many private collections and in public collections including  Frye Art Museum, Seattle, WA; Seattle Art Museum, Seattle, WA; Museum of Wildlife Art, Jackson, WY; and Victoria & Albert Museum, London, UK.
END_OF_DOCUMENT_TOKEN_TO_BE_REPLACED
END_OF_DOCUMENT_TOKEN_TO_BE_REPLACED
END_OF_DOCUMENT_TOKEN_TO_BE_REPLACED
Share:
Continue browsing